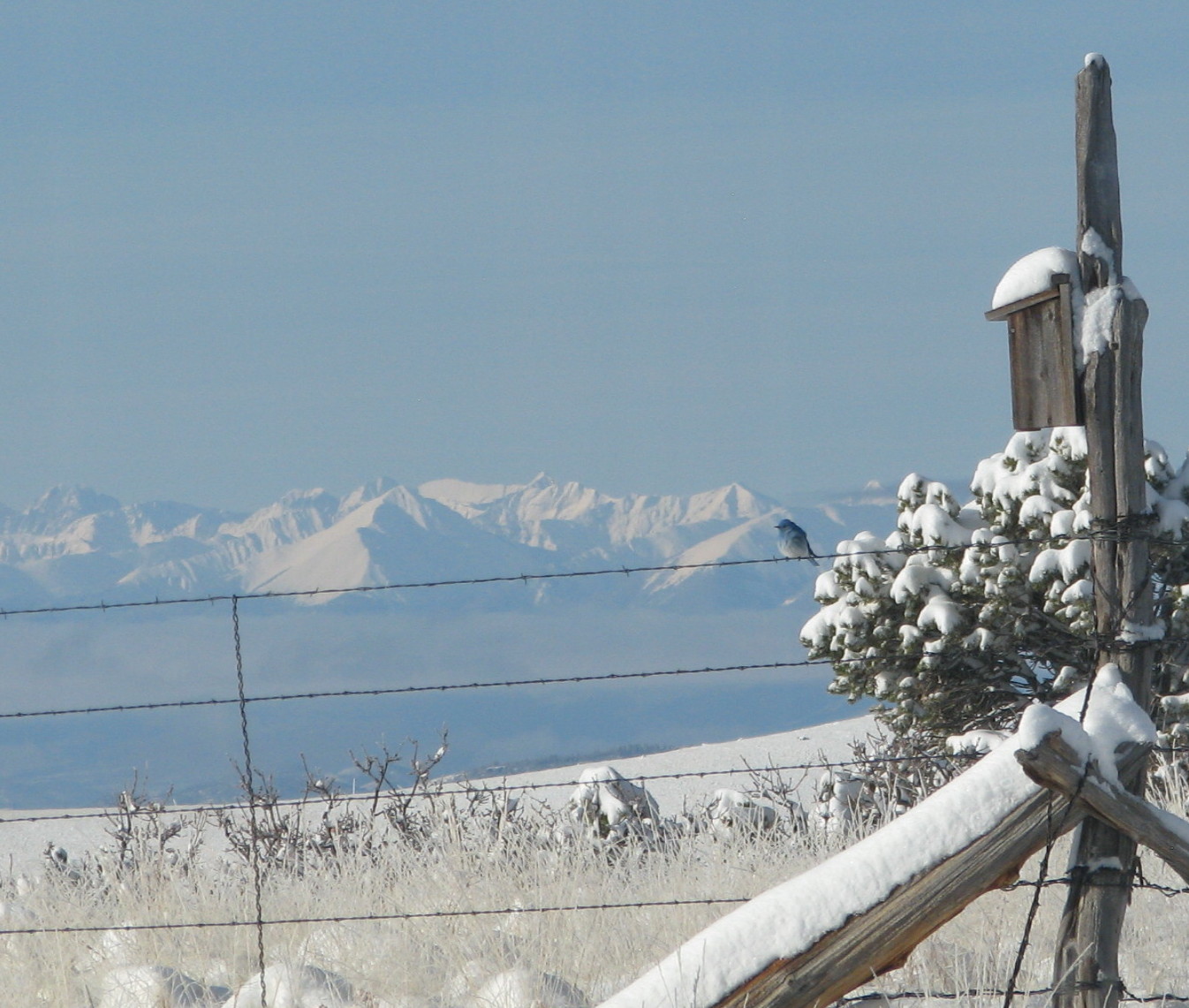 A fluffed-up male Mountain Bluebird waits for the sun to do its work.

I know spring has arrived when the bluebirds stay put for snowstorms, toughing it out through the white and wet instead of moving down to lower elevations to avoid the cold. 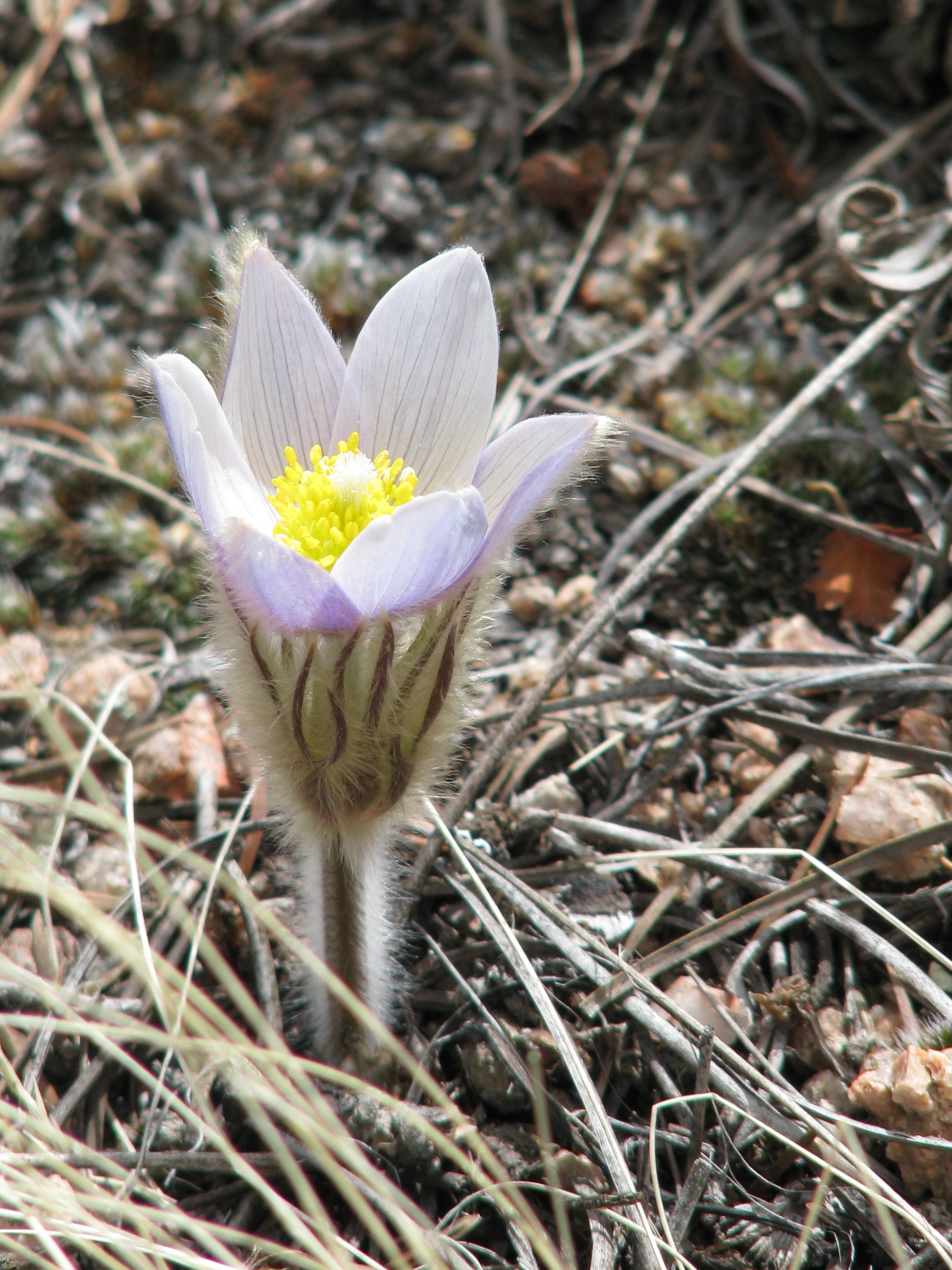 Three different storms dropped snow in the first three weeks of April, and I felt for winter-weary friends in the East as the weather systems headed their way. I didn’t have anything to complain about though; snow is par for the course up here this time of year. In fact, since we’ve been stuck in drought conditions for a couple of years, I was tracking the forecasts and cheering for more snow instead of less. What we got was a modest bounty of wet: increments of precipitation substantial enough to wet the sleeping roots of plants instead of sublimating uselessly in the wind. By the time the second five-inch snow was melting into the thirsty topsoil, thin blades of grass were pushing up through the slush. 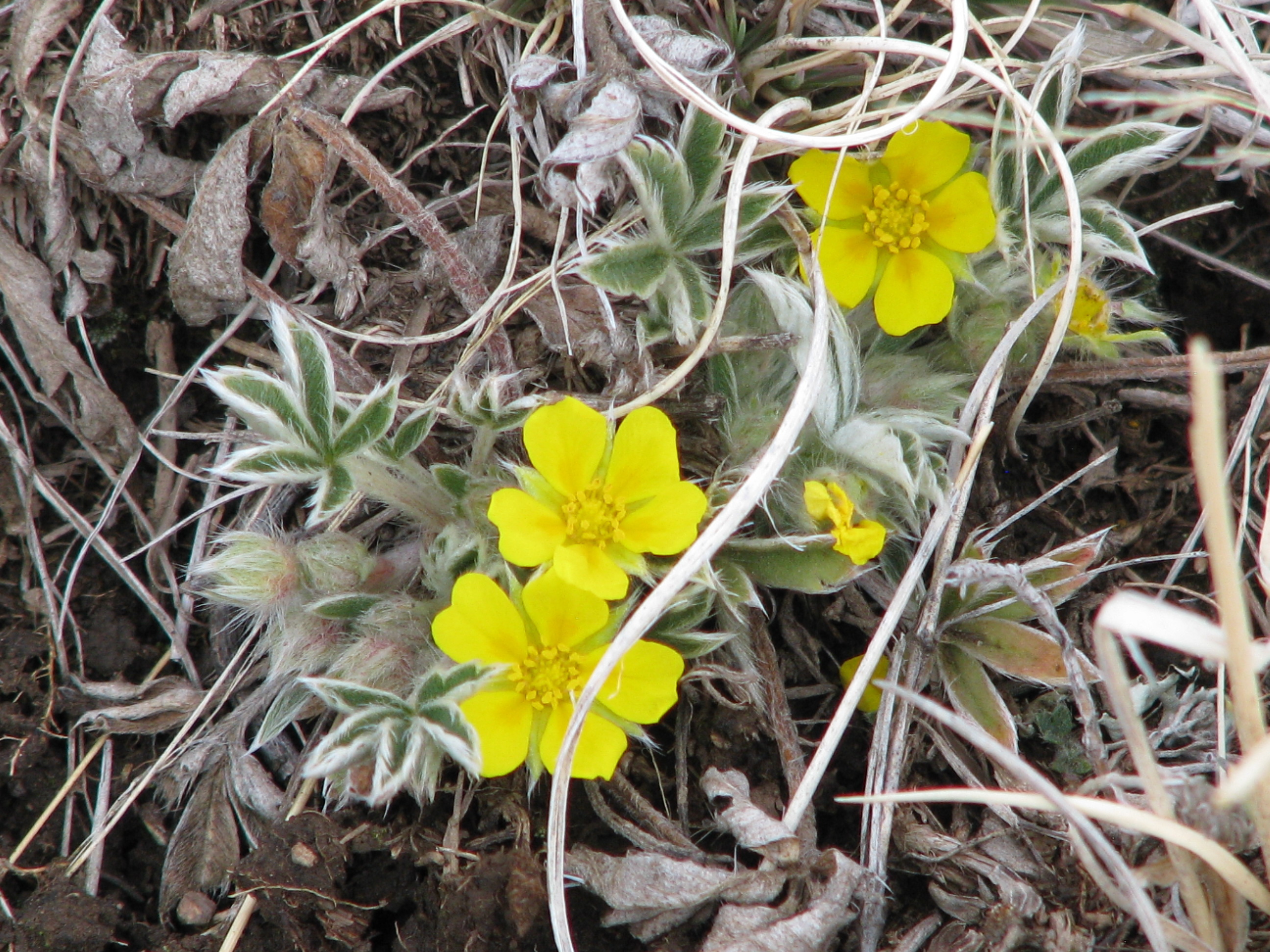 My walks and wanders over the past week or so have been rewarded with flecks of green and the occasional gleam of an early wildflower—vibrant outbursts against a backdrop of tan cured grass or old brown pine needles. It took me a while to realize that I was getting so excited at these tiny vernal flares because I haven’t seen the like in a couple of years. Last spring was the worst, less a season of hopeful new beginnings than an ominous litany of dust. The grass didn’t start showing new growth until thunderstorms arrived in June. 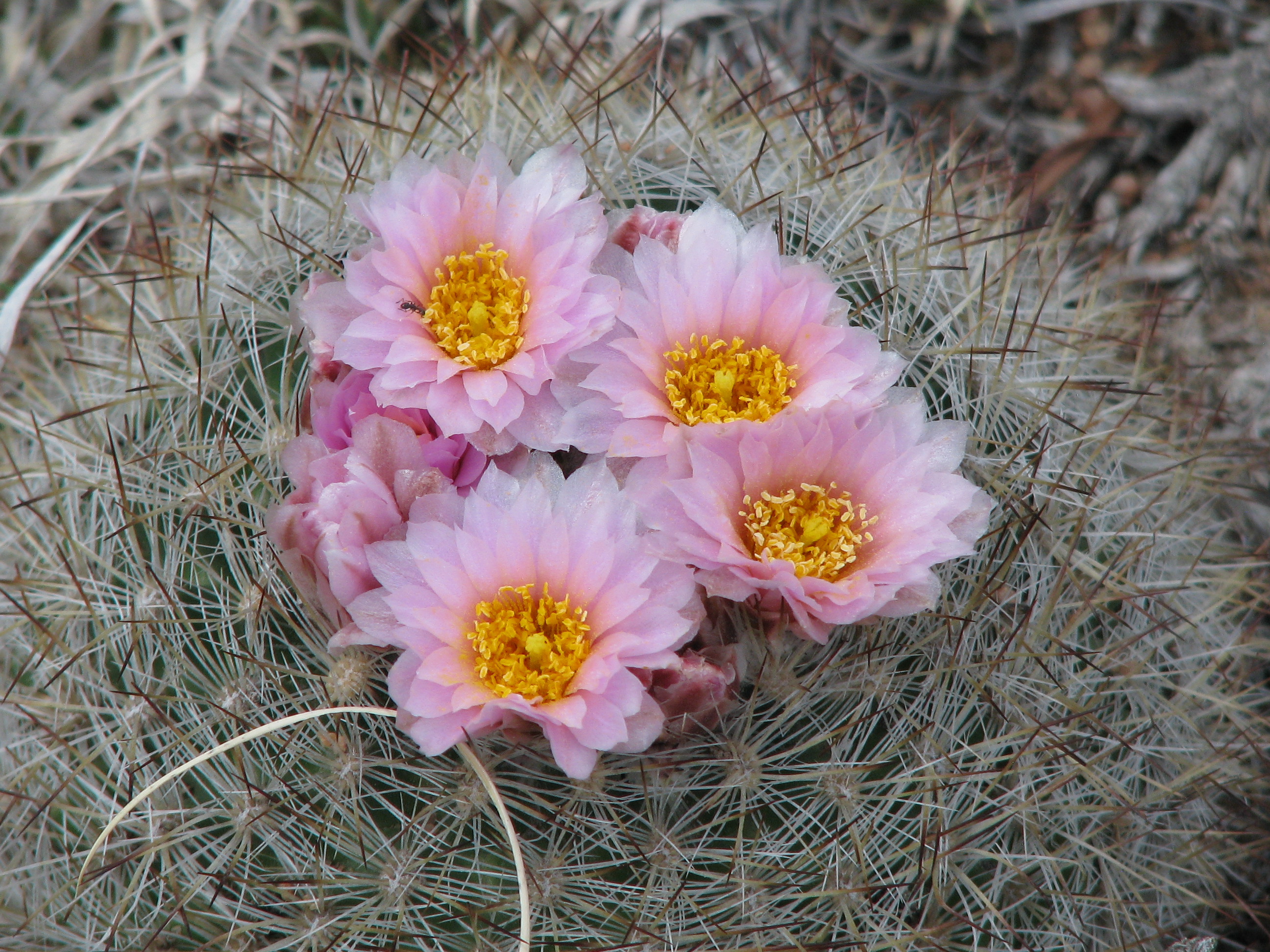 I wasn’t surprised to see pasque flowers on my meanders last week—this is a plant so eager to get blooming that it doesn’t take the time to form leaves until later. The cinquefoil are also early risers, nestled in the shelter of warming rocks out on the treeless ground of the pasture. I was surprised, though, to find ball cactus spraying pink fountains of petals. And I didn’t expect to see, down among the trees on the north-facing slopes where snow was still receding from isolated banks, mounds of moss glowing with an emerald intensity that made me squint. 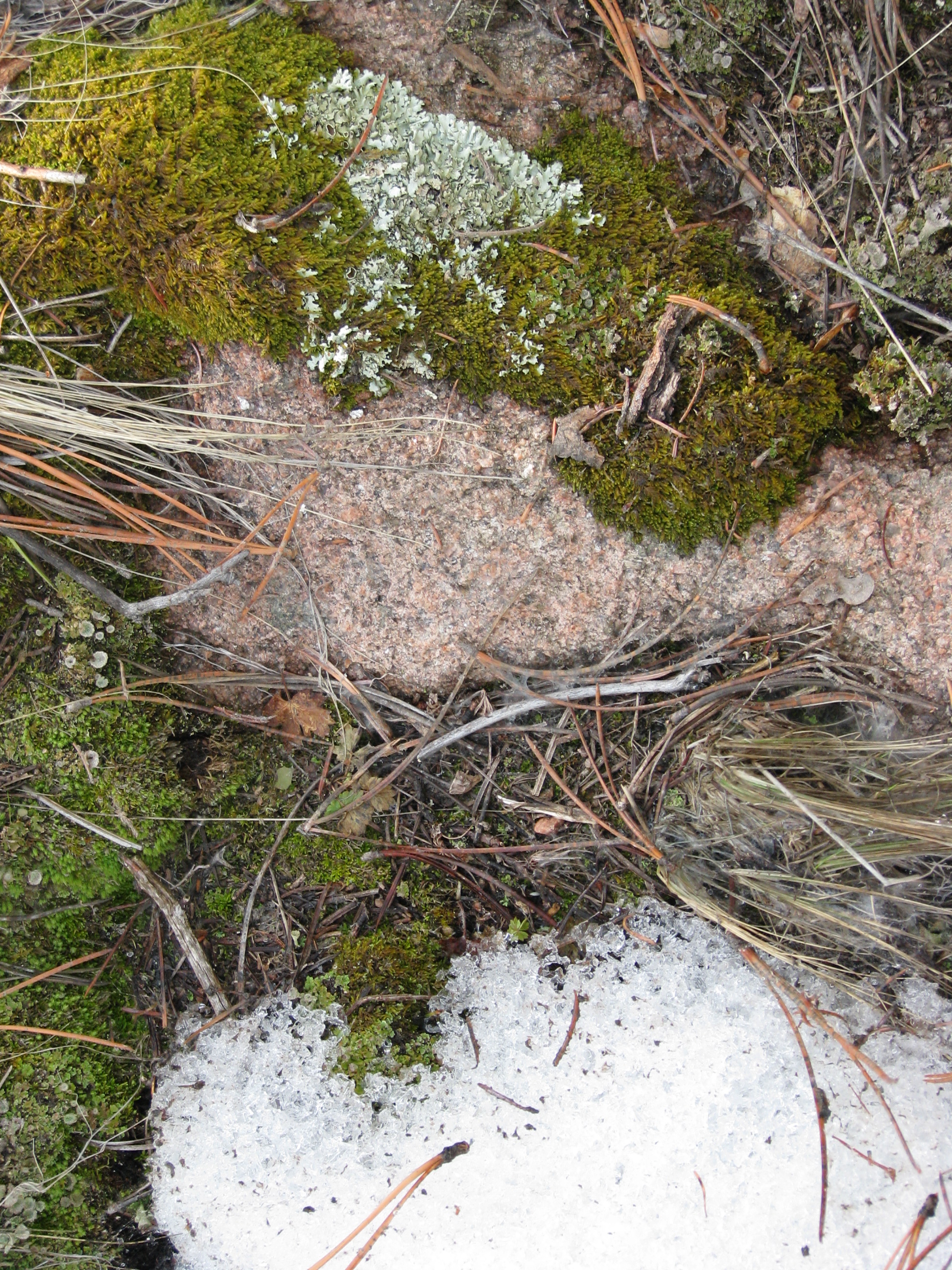 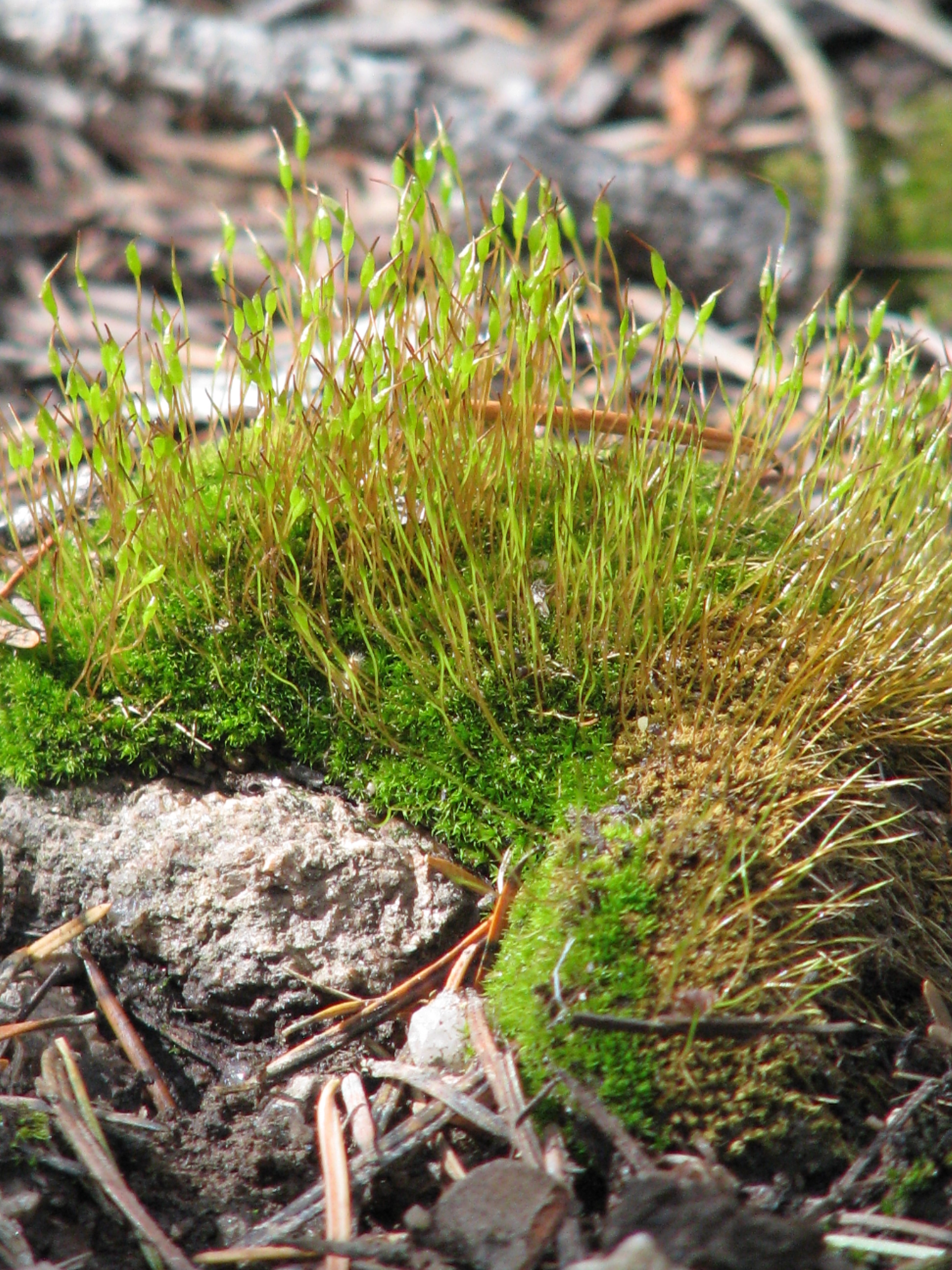 The environment of my home place is, despite its elevation, best described as semi-desert. I am reminded of this fact as I watch plants taking advantage of the recent precipitation. Theirs is opportunism in the sense of expediency rather than exploitation: organisms suited to their place, ready to make good on propitious conditions, regardless of the calendar month.